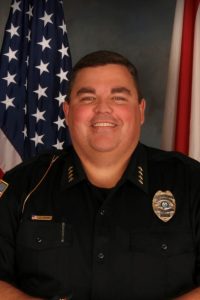 A native Floridian, Chief Cruse was born in Perry, Florida and raised in many locations throughout the United States as his father served in the U.S. Military. Chief Cruse has three sons, two are currently serving in the US Army and one is a former Marine. He has been married for 25 years to his wonderful wife Stacey.

Chief Cruse is a member of the FPCA Board of Directors, the President of the 3rd Judicial Circuit Chief’s and Sheriff’s Association, IACP, Executive Board Member for the Boys and Girls Clubs of North Central Florida and many other Civic and local associations.