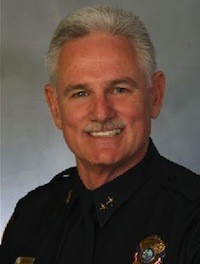 Chief Sireci holds a Bachelor of Arts degree from the University of South Florida, where he was on the Dean’s List, and a Master of Business Administration from Nova University, also receiving Nova’s Academic Excellence Award.  He is a graduate of the FBI National Academy, 146th Session, the FBI Law Enforcement Executive Development School, 40th Session, and the US Army Dignitary Protection School.

He began his law enforcement career in 1973 with the City of Naples Police Department, where he received the agency’s Medal of Valor.  He became active in the Florida Police Chiefs Association in 1992, co-chairing the 1993 Summer Conference Committee.

In 1995, after reaching the rank of Captain, he left the City of Naples and took a position as Chief of Public Safety with the Memphis International Airport.  He became a member of the Metropolitan Memphis Association of Chiefs of Police and was elected President of that Association in 2000.